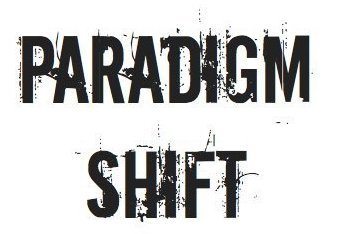 WALANT – On the Track of a Paradigm Shift

A paradigm shift can be described as “fundamental change in an individual's or a society's view of how things work in the world”.

​I want to invite you to a short trip on the history of WALANT and follow together how the WALANT goes forward for a paradigm shift. Is the paradigm shift one step beyond or are we far away from it? You will decide. Also, you will recognise the reward after a long pursuit of faith.

In 1962 the well-known scientist Thomas Kuhn published his book, The Structure of Scientific Revolutions. Describing a simple cycle of progress (below), Kuhn opposed the current conception of science, which was a steady progression of the accumulation of new ideas. He changed the way many scientists think about their work and advocated that science advanced the most by occasional revolutionary explosions of new knowledge, each revolution triggered by introduction of new ways of thought. He named those ways as paradigms. For a better understanding, let me describe the cycle step by step:

​Kuhn reported that scientists have a guiding model of understanding (field's paradigm) and scientific revolutions remain most of the time except when their paradigm undergoes a cycle of paradigm revolution.
More information: http://www.thwink.org/sustain/glossary/NormalScience.htm

It is the model drift step that the first seeds of WALANT spread. Dr. Lalonde realised the 100-surgeon years of clinical safety in the practices of Drs. Shoemaker, MacFarlane, Fielding, and others who routinely injected epinephrine in fingers. He has read the milestone review of Dr. Denkler in 2001, there was not one case of epinephrine with lidocaine causing finger necrosis throughout the medical literature from 1880 to 2000 years.

In this step a field's model of understanding has drifted so far the field is thrown into crisis by discovery of too many anomalies.
More information: http://www.thwink.org/sustain/glossary/ModelCrisis.htm

For the WALANT, it was the years between 2005 and 2015. With the first multi-centre prospective study of 3110 consecutive cases of elective epinephrine use in the fingers, Dr. Lalonde et al reported that epinephrine has not produced any instance of digital tissue loss in 2005. As you can realise, it is over ten years that several high-level fundamental studies were published via great efforts of Dr. Lalonde. The paradigm revolution was on its way forward to support WALANT.

In this step a field's model of understanding is undergoing revolutionary change. The old model failed, which caused the Model Crisis step. The Model Revolution step begins when one or more competing new models emerge from the crisis.
More information: http://www.thwink.org/sustain/glossary/ModelRevolution.htm

For WALANT, it starts with 2015 and continues up-to-date. Dr. Lalonde’s efforts were welcomed by many surgeons throughout the world. Several papers about WALANT (replantations, distal radius fractures, foot and ankle surgeries, …) were published by different surgeons. That was the award after a long pursuit of faith.

Earlier steps have created the new model of understanding (the new paradigm). In the Paradigm shift step the new paradigm is taught to newcomers to the field, as well as to those already in it.
More information: http://www.thwink.org/sustain/glossary/ParadigmChange.htm

What do you think? Are we prone to a paradigm shift with WALANT? With your support, we believe that most of the hand surgery operations will not be different than going to dentist all around the world. Join us!

Summary
The history of WALANT and its road forward for a paradigm shift. Is the paradigm shift one step beyond or are we far away from it? You will decide. You will recognise the reward after a long pursuit of faith.

Egemen is hand surgeon who works in Turkey. He is one of the editors of Walant.Surgery